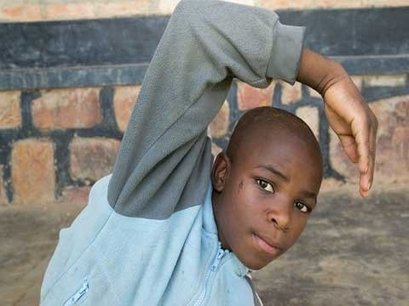 
​​Eric was MindLeaps' second student ever to be sponsored to go to school. He passed 6th grade and now wants to continue his education in secondary school.
Eric is an orphan and was MindLeaps' second student ever sponsored to go to school.  He was featured in a documentary produced on CCTV about RDDC, which you can view online here. He had a five-year sponsor that helped him graduate primary school.  He passed the national exam in November 2016 to become one of our first graduates from Sonrise Primary School.  Now, he wants to continue his education at another top institution in Rwanda. He also has a serious medical problem and needs attention to his loss of hearing.  It is possible that he is going deaf from the domestic abuse he suffered as a child.
Eric has been sponsored in 2019 by Larry Grimes and Marie Anne Jorgensen.
​
​ Choose another student here.